About domestic violence but not exactly…

The topic of domestic violence became particularly popular in the recent weeks, especially in relation to the debate on the ratification of the Council of Europe Convention on preventing and combating violence against women and domestic violence(the Istanbul Convention) by Bulgaria’s parliament. The news and commentaries on the topic this past week left almost unmentioned the news of the new Governmental Program for prevention and protection against domestic violence. The continuing public discussion has shifted the focus of the debate from the problem of protection of domestic violence victims onto the acceptance of the so-called “third gender”. This clearly stresses a very important and obvious conclusion, which we at the Health and Social Development Foundation (HESED) have reached years ago through our work on domestic violence prevention in Roma communities and that is: the sensitivity on all levels of society regarding domestic violence in Bulgaria is shockingly low.

Through the innovative project yMIND, the HESED team works on adapting the effective educational/training model for behavioral change, in a model for increasing the sensitivity towards domestic violence and gender-based violence among the most vulnerable groups in Roma community – pregnant women and young mothers. At the same time, we are attempting to influence the attitude of young men toward their role in the family in order to decrease violence against women.

The campaigns that our teams conduct towards adapting the model, use the natural channels of communication among the youth in the Roma communities and the leaders among them to introduce a different point of view regarding traditional gender roles and expectations. In order to accomplish the desired change we use methods inspired by the theories of social diffusion and group dynamic. The adapted model will be transferred through yMIND toward the three partnering organizations and will be tested in closed Roma communities (in Bulgaria and Greece) as well as in closed migrant communities (in Germany and Austria).

We believe that working with the norms and attitudes regarding domestic violence is the keystone of preventative work and prevention itself is critical for decreasing the incidents of violence against all women… and we work towards achieving positive change. 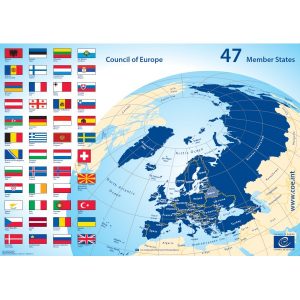